I’m not even ashamed to admit that I have a very limited patience for poetry. But some poems make me wonder why only a few people can create something as beautiful as a poem. Suresh Bhat is one of the notable Marathi poet, also a Marathi Ghazal writer, who has written many beautiful pieces that I find intriguing. ‘Kevha tari pahaate‘ is one of them, later turned into a beautiful composition by Pt. Hridaynath Mangeshkar and sung by the legendary & my favourite, Asha Bhosle. Again, I don’t know why, but here’s my attempt at translation :

Somewhere around the dawn,
night came to end,
I drifted off, though for a moment,
and the night was lost to me..

I can think of no way to describe;
the dayspring was juvenile still,
the night escaped in stealth,
undoing the seam of my breath..

A few whispers of a few stars,
that’s all that is left in my heart;
the rest, the whole universe,
the night took it all..

Couldn’t recall the verses
of my own poem, silly me;
but the night, before leaving,
hinted at the last line for me..

A small flower bravely confronts ‘The Sun’ to tell him that it will bloom on terms of its own and no one else. The flower demands that the sun has to leave his ego aside & puts its own conditions for him to comply with, if he wishes to befriend it.

The original Marathi poem is written by veteran poet Mr. Mangesh Padgaonkar. I know I’m nowhere near Mr. Padgaonkar or any of the existing poets; but just making a humble attempt at translation because I want everyone to see the beauty of it..!

So what if your might could rise and set down the whole world?
So what if I am but a tiny flower in the grass?
I still refuse to abide and bloom..

Though everyone bows down to your immensity and power;
tell me, oh mighty sun, how would it make the beaming song bloom within the lips?

The dewdrops and leaflets shall win my heart,
the breeze shall abandon the boundaries of remembrance,
and forge a bond soft as silk..

The last rains of monsoon shall caress me upon arrival,
the leaves bathed in them would talk to me in signs..

How and why should I forget my individual in front of your might?
And of what use is that machismo of yours
for me to knit the song of colors and fragrances?

Will you, the fulgent gold,
come plucking the strings of your rays,
sprinkling music early by the dawn?

Become a dewdrop and come searching for me through the fog,
or turn into the soft, wet smell of the soil..

Forget yourself while coming,
and I’ll do the same for you..
Smile and make me bloom,
unbeknownst to me..

But, do not be mistaken,
for, though your strength may rise
and set the whole world down,
I shall not bloom.

Let the legacy of ancestors stay in illusions at least,
Don’t invade their mansion seeing the open doors
.

This verse is apt for the relationship between humans and other creatures. Nature does not discriminate against any species, whatever it has, is there for everyone. Yet, humans have exploited and hoarded Nature since the very beginning..

I interpret this verse as following –

Nature and all of its inter-dependent elements are dying fast; their legacy is now almost as good as an illusion because of us Humans. So the poet says ‘पुरखों की विरासत का भरम रहने दे’ – let it exist in illusions at least.

One day, I’ll tell you,
The ocean begins
where the sight of parched land ends
Then, whenever we please,
From the book of poems
We can tear one page
to make a boat
and
Another page
to draw an ocean.. 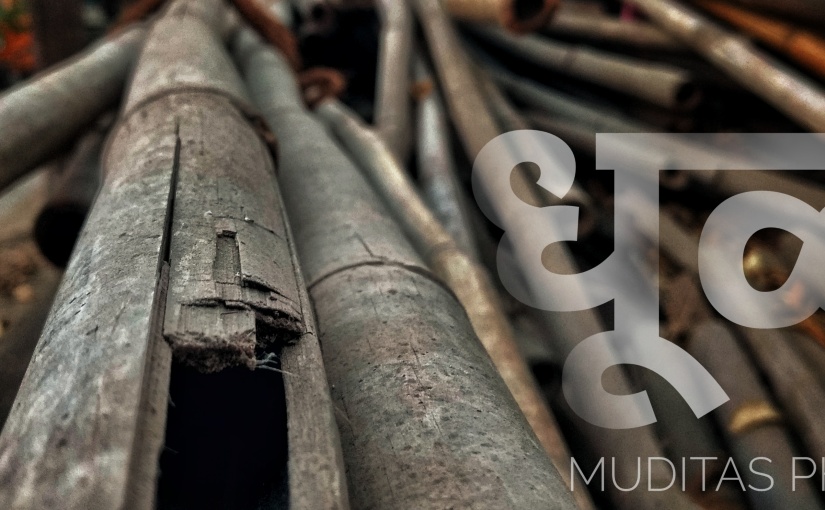 Now
it seems that we are all
withering away in dust
like these logs,
the only difference is that
these are already dead since long,
and we are alive,
yet so dead,
so still,
so obscure..